one sky music
The Empty Chair 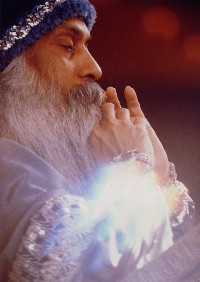 When Osho left-his-body on January 19, 1990 he did not appoint a successor to his work. He left an empty chair as his legacy. In the evolution of consciousness, and for all seekers on the path, it is important to understand the implications of this.

In a remarkable series of discourses, No Mind: The Flowers of Eternity, Osho states, “‘The age of the gurus has ended.” He goes on to say, “The world of masters and disciples will not be relevant anymore”. Furthermore, that “a new dawn, a New Man is absolutely needed: one who will destroy what is rotten and old, superstitious, and has no roots in intelligence.”

For thousands of years, the master-disciple relationship has been the device of choice by masters to create a ripe atmosphere for spiritual awakening. However, I have heard Osho say that the device is inherently flawed because of its assumption that the master is on a higher spiritual level than the disciple; or that the master possesses certain qualities, some higher knowledge, the disciple is lacking. Hence, the basic premise of the relationship is undignified and insulting to Man’s intelligence.

To understand the significance of Osho’s legacy, his “empty chair”, is to understand that humanity does not need to play such out-of-date games anymore; that Man’s intelligence is capable of seeing reality directly without a middleman between himself and existence. While it is maybe true that religious methodologies of the past were perfect tools for their time, Man’s soul has traveled far since the days of Zen in old Japan, since the ages where great masters like Ramana Maharshi, Rumi, and Buddha walked the earth. The mind of modern man is far more sensitive, his intellect far more advanced, to a degree that old fashion bullock-cart 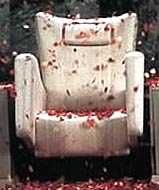 methods can be more a hinderance than a help to one’s spiritual growth and development. Hence, perpetuating the master-disciple relationship serves only to keep Man retarded and his mind stupid. Accepting responsibility for one’s awakening is a significant step forward into a golden future free and unfettered from the whole religious past of humanity. A seeker’s concern should not only be with waking up but growing up, thereby entering spiritual adulthood with all the dignity that is one’s birthright. For the New Man, intelligence is the only light.